Welllllll… if Chris passes on them I will scoop them up. That was the style I reached out to FTR to purchase some time back. 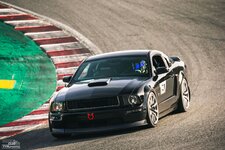 Looks like ole #50 is gonna meet Frankenstang at Laguna in a few weeks....
Be gentile my friend, be gentile.


Didn't want to post too much about the event too soon until I had cooled off a bit and was a better ambassador to the sport - I've been real frustrated as this was among the most difficult events I've been at.

Between a new-to-me car, working the event (please for all things holy ST guys fill out your damn forms), missing track time and not getting properly prepared. I was 6 seconds off pace and likely had no business competing at that level with my approach.
That said, the psychology of the sport is complicated, and I'm sure I'll feel much better once the car is patched up and I have a good event under my belt. I want to come back to this track before too long to prove to myself I can drive there at a competitive level and speed, its such a fun track that you haul the mail around. I've setup some coaching as well to hopefully knock some rust off

I was also a bit frustrated with the sportsmanship at the event or lack thereof, never heard from the guys involved in the incident but I'm guessing at a champs level that's to be expected. I do love being around the NASA family (absolute group of professionals!) however and I'll absolutely work at these events in the future, just won't balance trying to race them as well. I also really enjoyed meeting competitors I've long followed online (at least 6 TMO'ers were at the event I talked to) and seeing friends old and making new ones along the way.

Some pictures from the event (my video had to be impounded for the body-contact-process so will have that later): 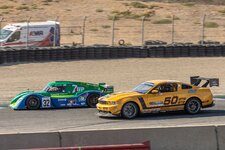 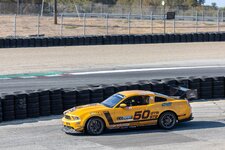 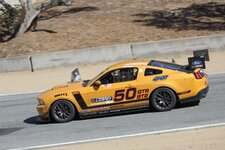 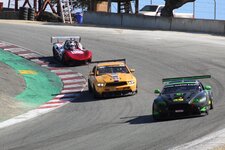 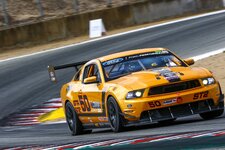 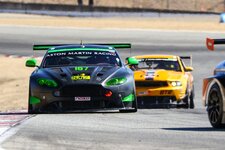 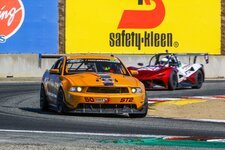 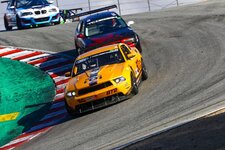 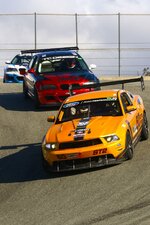 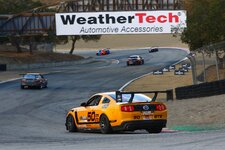 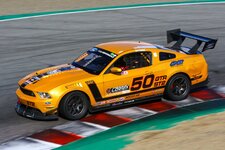 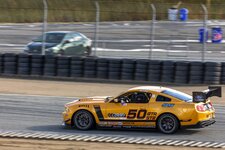 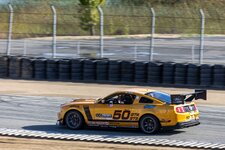 To fix the car to 50/50 rule I'll need to get the quarter panel pulled and painted, bumper and brackets seem ok. There's some buckling in the wheel well and rear floor, and the wing is pretty mangled on the one endplate side (the entire mounting flange face ripped out of the carbon wing element). Killed another apex wheel but the axle assembly seems fine. I'll buy another set of wheels soon and get to work on the body.

I'll have more to come soon, have some video from another car of the incident.


After all the drama with nationals, I was happy to be able to race at a local even again, this time at a new track! Podium club is a new 2.32 mile circuit with a healthy 2800 foot front straight and some challenging turn combinations - along with some wild turns that really ask you to be brave enough to pin that throttle. 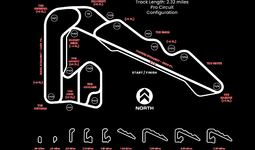 I was able to get there the night before and we had some wild downpour of rain, which made for a fairly warm and humid weekend (not to mention ALL THE MUD). Rejoined by @ArizonaBOSS and Ron B from another racing organization (who was playing the big dog role with his GT3 R8) we were set for a fun weekend.


In practice I noticed a bit of a challenge in getting the car to shift down the front straight and the brakes were terribly soft. This worsened in qualifying but I was able to find my way to the 2nd row in 4th place; first in class. As the race started the lead row pulled away (I went out on scrub R7s that still felt great but were no match for the faster cars on more fresh slicks) and I found myself with a super unlimited car right on my tail as I passed him on the straight. We battled for much of the race, but the shifting and brakes were getting worse every lap, and particularly towards the end of the race, the inability to get it quickly into the next gear meant I lost my advantage of straight line power, and the BMW was able to get around me on the straight - we had a great battle to that point as his more nimble car ate up the 2nd half of the track and I was able to stay in lead by just laying down that american thunderous soundtrack on the longer straights. In the end, I finished where I started, 4th overall and first in class. The class featured 3 mustangs and one raging honda civic.

We determined the clutch reservoir was full of black metallic fluid - initially I thought it was just boiled and had taken on much water that it turned that dark shade. So gravity bleed and flushing was completed before Sunday's fun. Unfortunately in a Time Trial session on Sunday I lost the clutch completely, so my day was done.

I rooted for Dallas B who was the other S197 entry. In the race he had a strong showing, getting around the S550 car initially and holding it for most of the race - nearly to a win until his splitter collapsed and was dragging on the ground. Had he stayed out that would have been his first win, but the feel from the driver's seat was pretty rough. 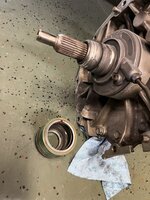 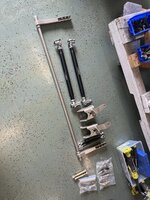 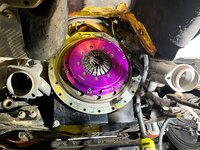 I did order a clutch kit but its obvious now I don't need it, as the issue was with my slave cylinder just giving up the ghost. They're a wear item at best. Have some more cortex goodies going on the car before the next event, and halfway into getting the transmission back in the car. Looking for a good remainder of the season, 4 events between now and December so lots of racing in a little time. Brakes are the next area of focus on the car, I think I'm finding the limits of the S550 swap setup - they can generate the stopping power of the best systems out there, but I'm struggling with the pedal confidence at the race level. 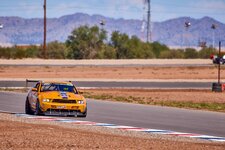 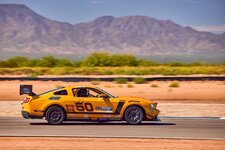 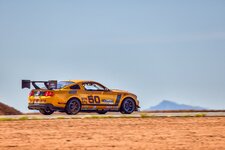 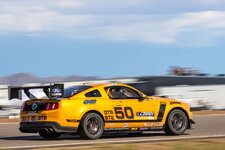 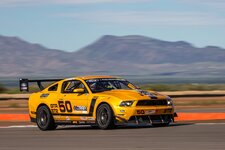 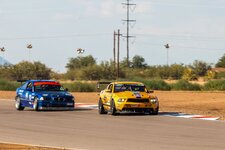 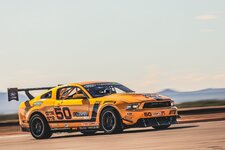 Im happy to know some of the photos i got at the track were used!

blacksheep-1 said:
you can still see the heat "waves" plus whatever else happens to be burning, like the rest of the car. 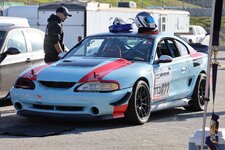 This picture is epic. 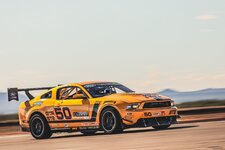 Frankenstang
You must log in or register to reply here.