Was going to put the duct kit on today and since I was at it thought I would make the splitter today. Ended up costing me most of the day so I will need to finish up tomorrow. Added only one inch more then the existing splitter so I was thinking I would not need the supports for that small amount. I did not take into account the Boss has nothing in the middle and that is where the support is needed. Now it looks like I have to order a set of the supports.

I may tone back the sides just a little bit, around a quarter inch more from where the side corners are.

Started with a big sheet

did a rough cut 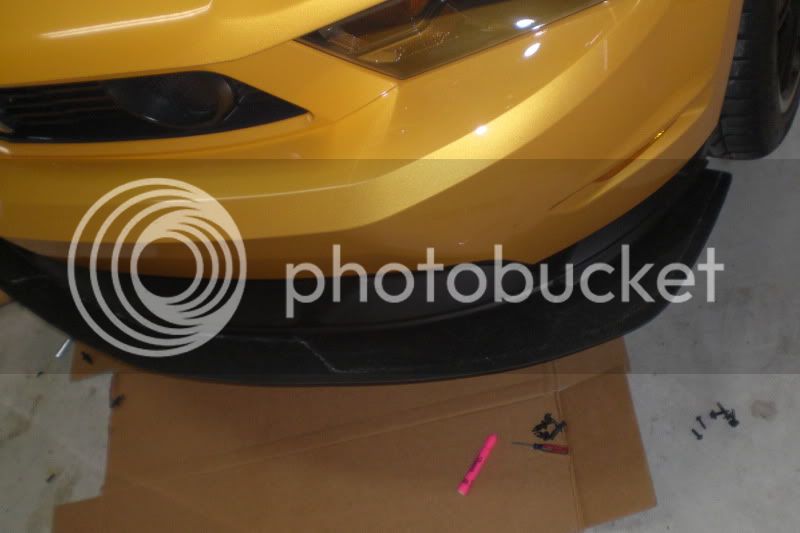 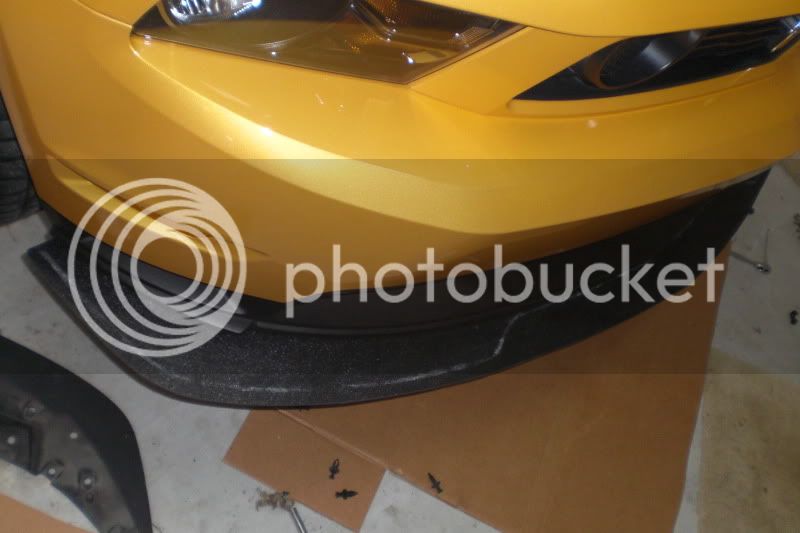 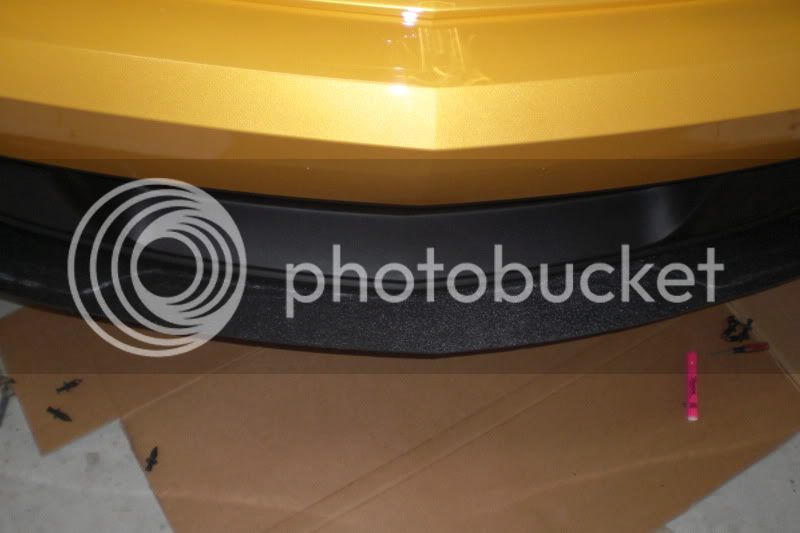 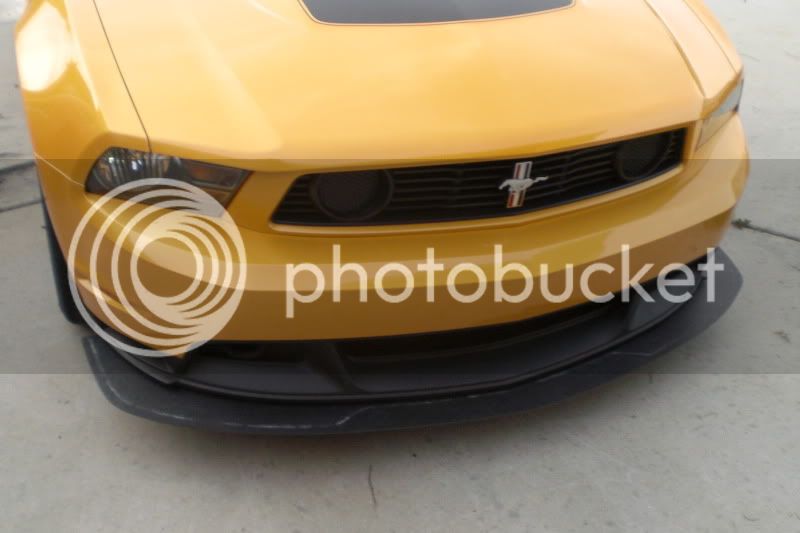 It looks great Scott. Can you please post the type of material you used and the approximate costs?

I was told lowering the Boss splitter 1" had a similar gain as adding the LS splitter at the stock height. It would be nice if someone could make a 1" spacer as I'd rather go that route than add the LS splitter. It would probably be a lot less expensive too. Also if you are using 18" track wheels your front will be lowered a bit which should also increase the effectiveness of either splitter.

Friend of mine bought the sheet, quarter inch starboard and he said it was $100. He is reading this but not posting :hint: :hint:

Anyway lowering the splitter can be done but I need to research that a bit more, it is a matter of the proper hardware. I finally tightened it down and I think I may be able to fit a piece in between the splitter and the bumper (nothing sticking out further then the bumper itself) without too much modification. I may try that this week. That would add another quarter plus I am lower over a quarter now with 18's.

Let me know how that works.

Finished up the splitter today. Seems fairly solid and I may run it Sunday but would like to get the struts. Problem is they do not sell them without buying the whole splitter. You can only get the bracket for the bumper separate.

I did re-enforce this by using bolts and nuts in place of all the push-pins, except two spots, picture 2093 circled in green. On that same picture circled in yellow. I was able to use bolts and the backing clips that slide into place (same type use on the original bolts) on each far end circled in yellow on pic 2093 since they were close to the edge. I also think it would be better to trim the plastic edge off the inside piece, I see no need for that to be hanging down. 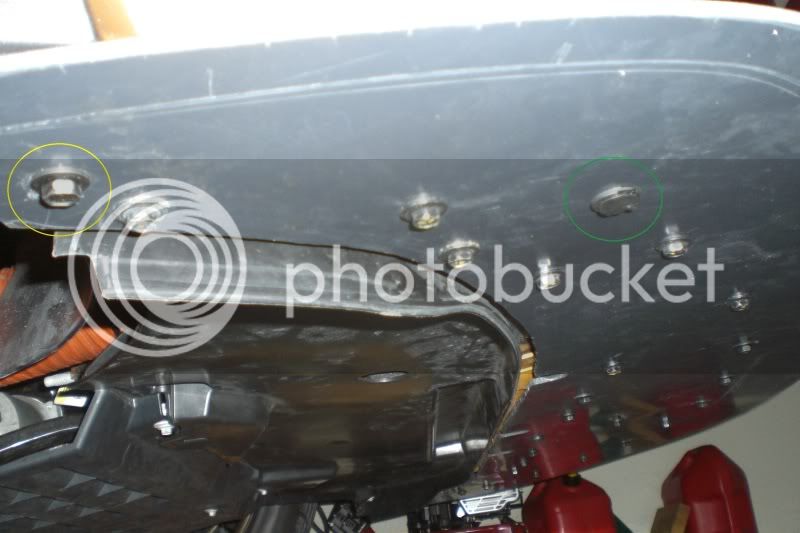 I added several extra bolts and nuts, picture 2090 and 2092 in yellow and added one extra push-pin circled in green (ran out of bolts). This really helped make it more solid. The only worry I have without the struts would be the entire plastic bumper flexing downward. However there is not a lot of play downward, there is more flex upward. 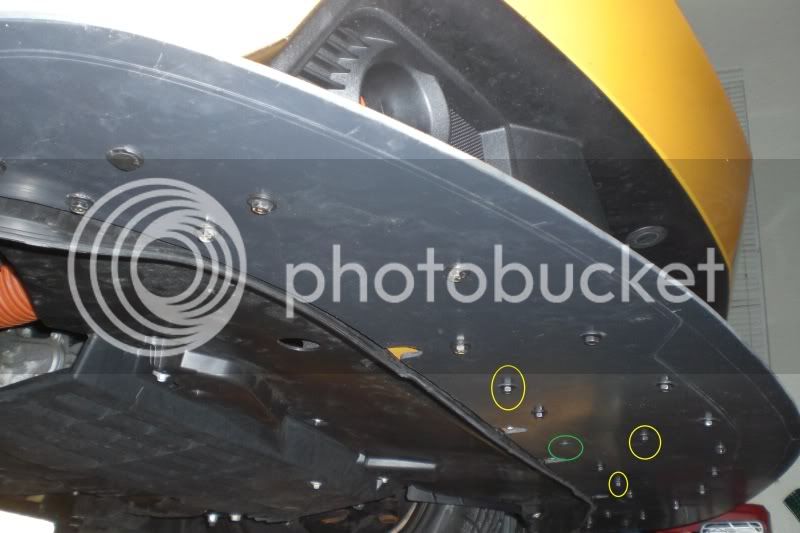 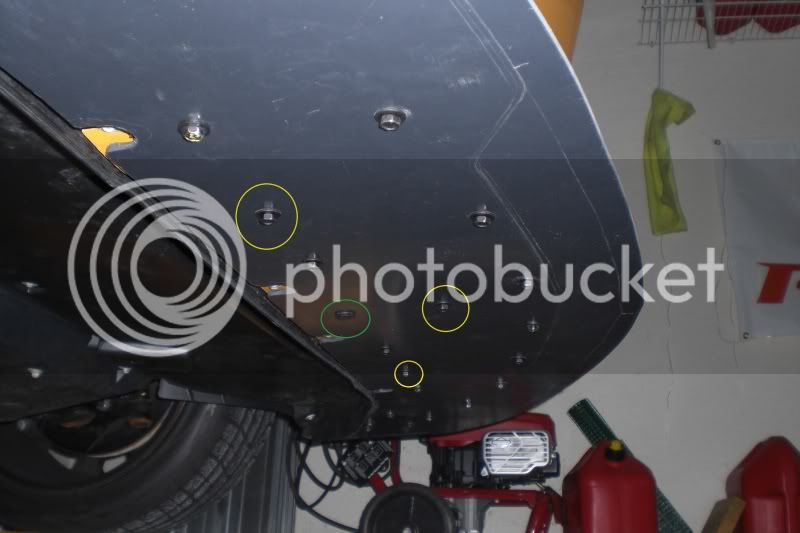 After making several calls looking for the struts I ended up back at Miller and they had struts used on the FR500S. I ordered a set from them but not cheap $140 and that does not include the bumper bracket. They said the are a little different then the LS package struts so I will have to see if they fit when the arrive. 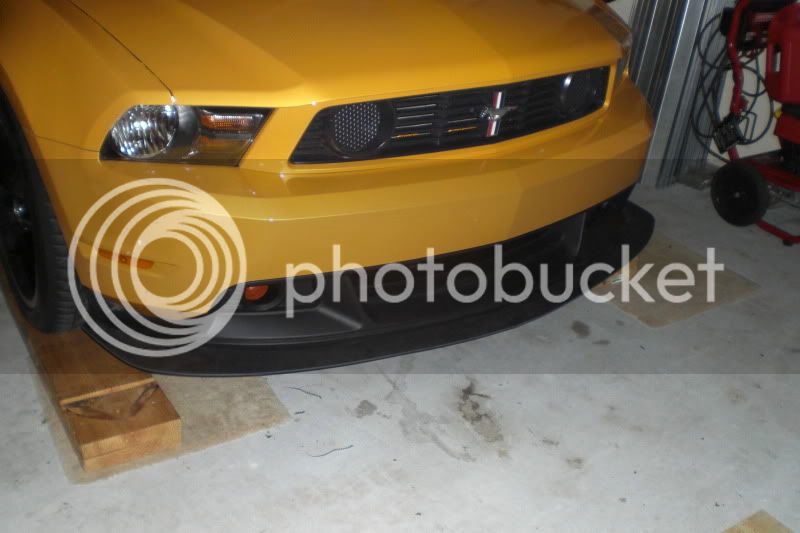 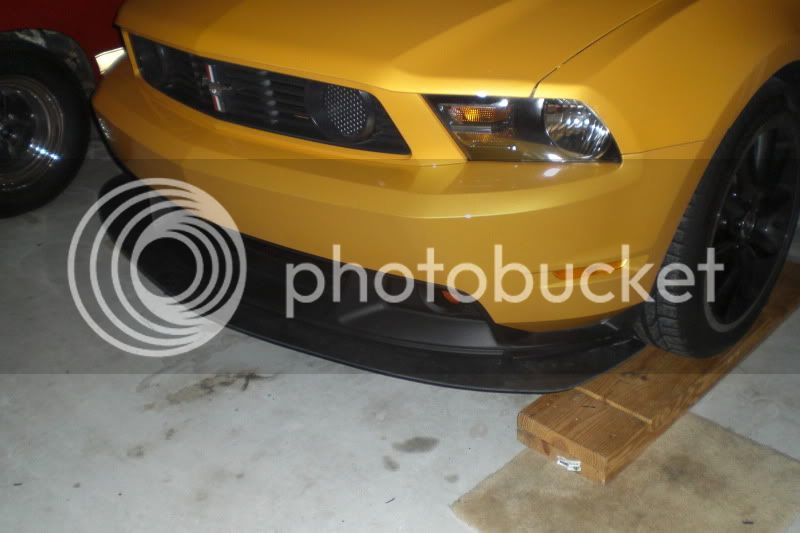 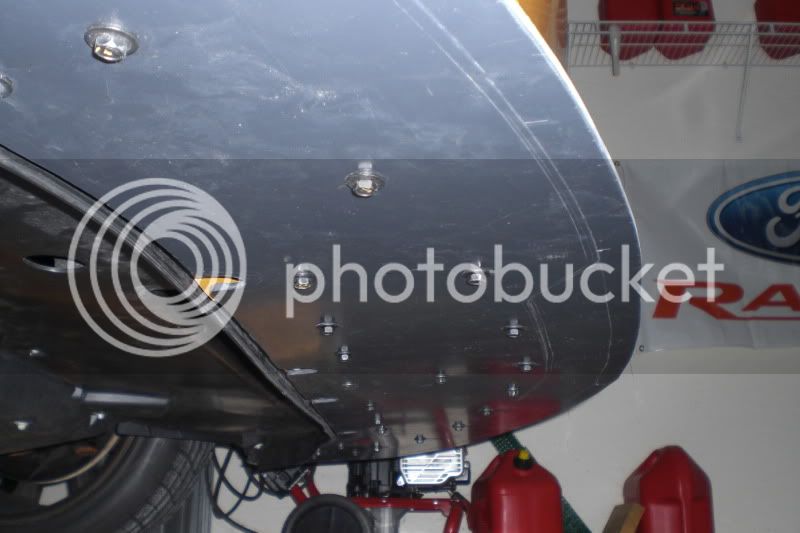 Scott looking good. You should ask member 908ssp where he purchased his struts on his custom made splitter. Now that I think about it i bet he made his....

My Other Favorite Car, The Porsche 911
I

Longacre makes a support that I have used for the rear spoiler on my 65 it is available in three lengths and would be perfect for the front splitter; http://www.longacreracing.com/catalog/item.asp?id=846&catid=21

Thanks for the replies, I have checked into some of the places but right now I am having the guy that does the discs work on the struts.

I did get the bracket installed, it is big and heavy. I did not follow the instructions, just pulled the grille and was able to slip it in there. You are suppose to take the bumper cover off, pull the foam and replace the two upper bolts. I was able to get the nuts started with my fingers and that was a good sign, so I went with it. Got two or three good turns of a wrench so they will hold fine, if I ever take the bumber cover off I will change them out. 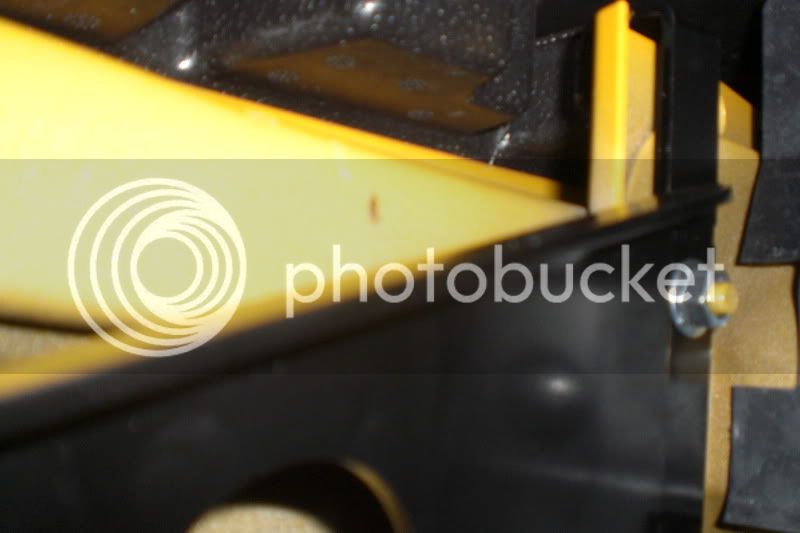 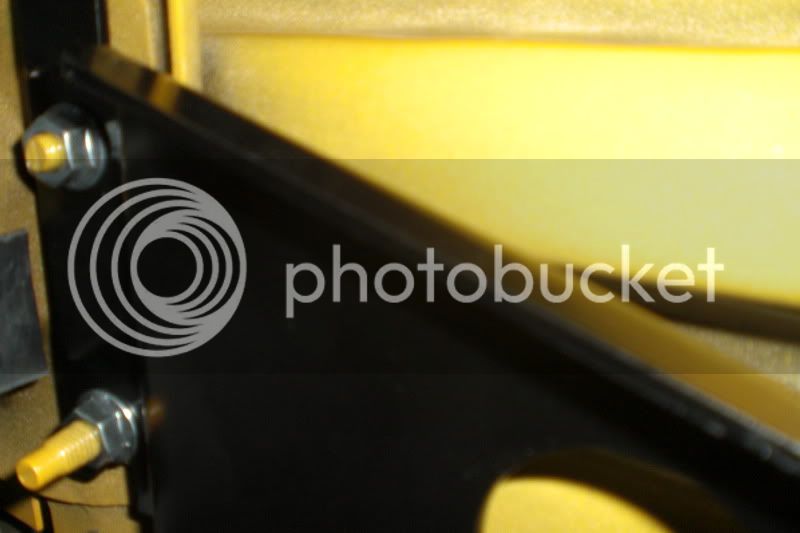 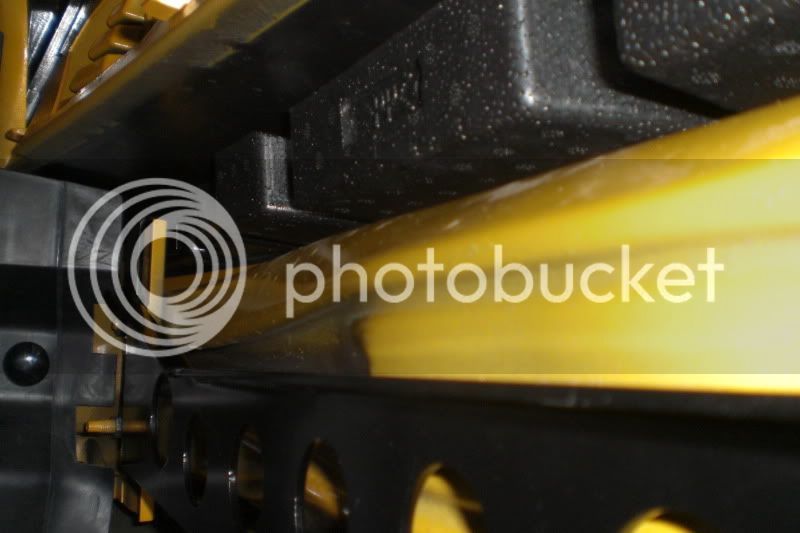 I had to use lock-tite on the threads on the struts connected to the splitter. The vibration kept getting them loose.

Jza1736 said:
I had to use lock-tite on the threads on the struts connected to the splitter. The vibration kept getting them loose.
Click to expand...

They do not have little nuts on them like these from Miller? 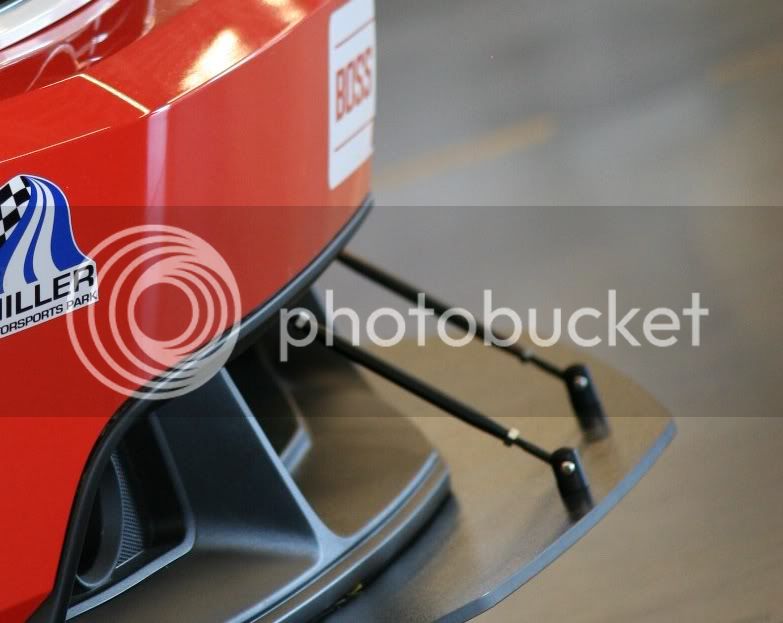 Yes they do. The nuts rattled loose a couple times. After the second time I wasn't going to take any chances and used the lock-tite, I still check her every once in awhile and no more issues

Well I could not find what I needed and the shop said they would have too much time into making these, so I made a set myself. They came OK, could look better and I will need to re-do a few parts but they work. I still need to make a few fine adjustments tomorrow in the light but here are some pics. 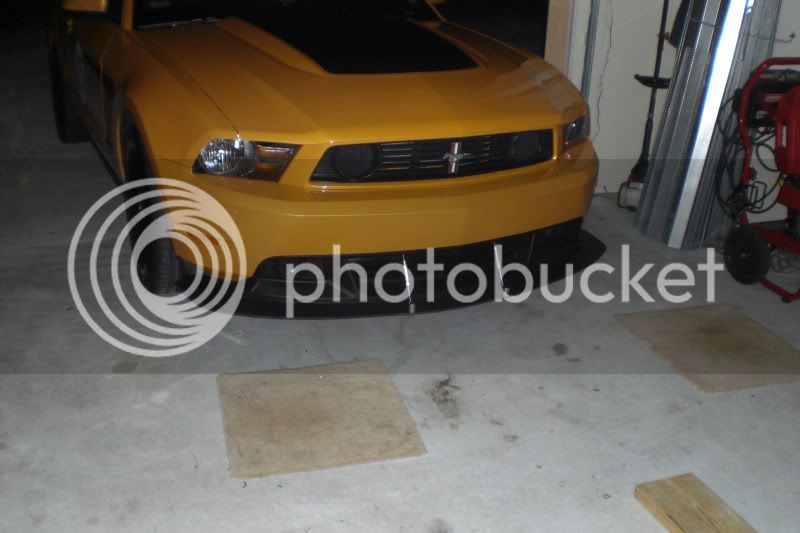 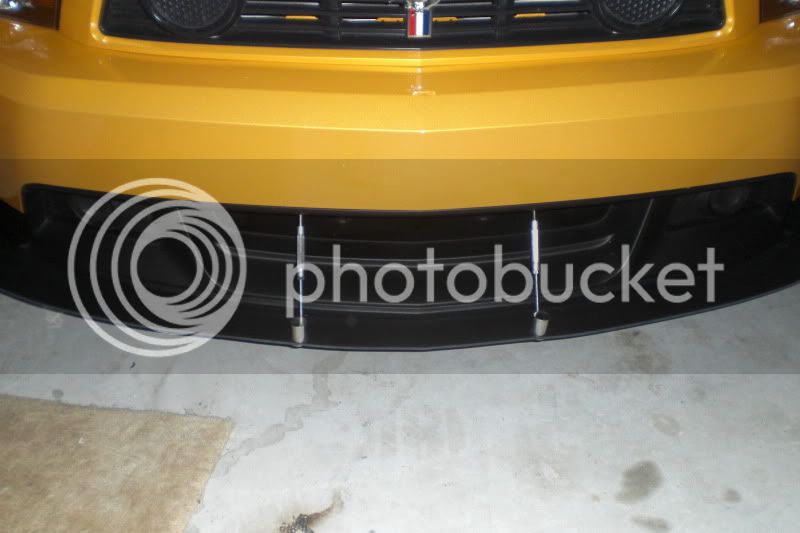 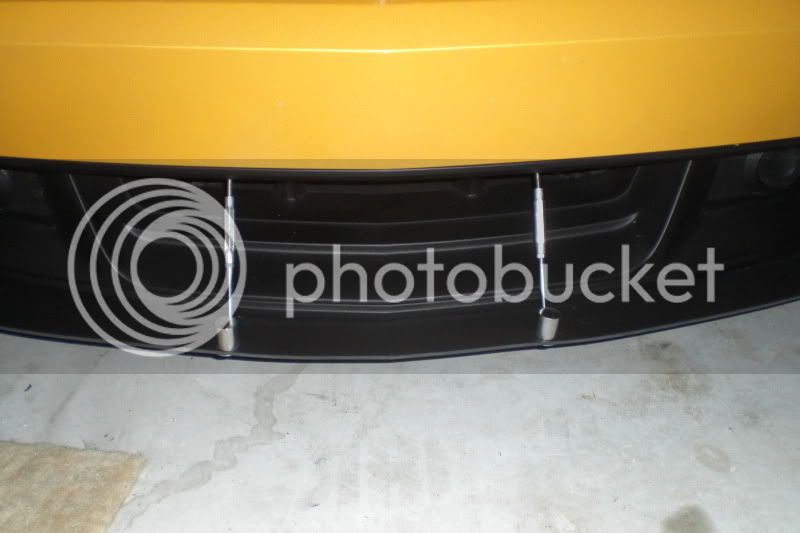 Made the ends from 1 inch round aluminum stock, and used threaded 1/4 rod for all the connections. I also will need to find two 1/4 nuts with left hand thread.
R

wow its looking great! cant believe what you are managing to end up with through good old hands on mr fix it skills! kudos Scott!
S

Nice job, Scott. When are they going to market?

Thanks guys ;D Too much time so no market on these!

Labor of love (plus having all the extra time helps).

Just to give an idea of how I made the rods. I re-did a couple of the parts today since I was not happy with the fit.

I used the turn buckles, they thread left and right hand. When you turn the middle it pulls the splitter up or pushes it down. I used the aluminum stock cut into one inch pieces and 1/4 inch threaded rod. I drilled them out and added the threaded rod. The uppers have a rod on each end, top piece goes into the bracket from Ford racing and the bottom gets a nut to hold the loop eye of the turn buckle that I bent to about 45 degrees.

I replace the bottom rod on the turn buckle with a longer 1/4 threaded rod. Then drilled out the bottom round piece, straight down to go through the splitter and at an angle for the threaded rod. Tapped them out to 1/4-20 and put it all back together.

Cleaned up and ready to go

I made some fine adjustments and now I am fairly happy with the way they turned out, not perfect but they will work great.

OK, these are not the best pics but does anyone like the look of the more "aerodynamic" blocks? Not only are they aerodynamic they weigh about 20% less so I can go faster ;D

Dang, Scott,
That looks great.
I like the angled ones, and agree that when going flat out, you should shave a couple tenths off your lap. ;D
You must log in or register to reply here.