Join the BEST track enthusiast Mustang community on the web!

The Times They Are A-Charging

Edit: this thread is about all electric vehicles so please post any interesting info you find on them and comment on the posts.


So yesterday afternoon I'm cruising around town in my Boss and pull up behind a new Volt. And what pulls up behind me? A new Tesla. So there I am surrounded by electric cars. It looked just like this one. 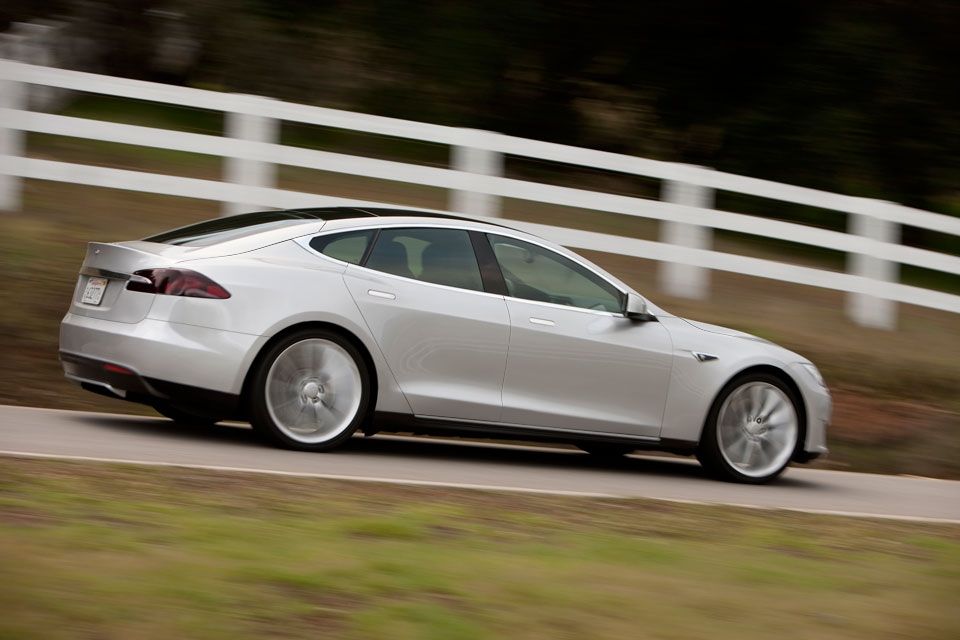 How true. Was behind a Chevy Volt @ red light today myself. I was surprised that they are not actually small cars. Was in my DD, a Dodge Neon & it was larger than the Neon. Was slower than the Neon when acceleration ;D

I live in a rural area, 35minutes to the next town. Dealers cannot give away the volts they are stuck with. Too expensive and too far to drag an extension cord when they run out of power.

Someday a electric car may have the range necessary satisfy a broader market. Until then, it's more of a novelty for all but city dwellers.

A Volt is a plug in hybrid right? It does have a gas engine tucked in there somewhere. I see tons of Teslas, but I work in Silicon Valley across the freeway from the factory.

Yes the Volt runs on pure electricity and the gas engine is used for recharging the batteries if you run low. All of that works seamlessly while driving the car. The main difference between it and a hybrid is the hybrid can be driven by the gas engine and that never happens in a Volt. As Andy knows I live about two hours from the Tesla factory and I'm surprised how many I see running around the Sacramento area. I think Tesla has got it going right now and they look terrific. It would be a great grocery getter if you didn't have to drive long distances.

I started this thread in hopes of getting a little discussion going on electric vehicles so have at it. What I'm hoping doesn't happen is a big discussion on the environment.

My Other Favorite Car, The Porsche 911
P

You can thank the current political landscape for the amount of electric cars on the road. Without the artificial stimulation of the market the cost would not allow these cars to be ready for prime time (which is why you don't see more).

For everyone but Tesla that is likely true. I bet 90% of the current Tesla sales would still happen if the subsidies went away. Those cars are bought on emotion, not practicality.

What I find amusing is telling people that it's good that there are subsidies for this new technology, since it's only been around for over a hundred years- and depending on your definition of electric car it might be closer to 150 years old. Nearly everyone I talk to does not know that the history of the electrics predates the internal combustion horseless carriages.

My dad is probably one of only a handful of people in the world that is converting an electric car to run on gas, but his is a hundred years old.

I see Teslas all the time here in Monterey. Even more Priuses (Priui?) They are definitely the only electric car I would consider. My next door neighbor has a Volt, a Smartcar and a Town Car. I have never seen the Town Car move. I find it ironic I have the Boss next to them but I ride my bike most days to work (class). A friend of mine did just buy a Tesla. I need to have him let me check it out.
A

I'm not a fan of the subsidy model. But I'm also not against government investment. My alternate model would be for government to identify keystone technologies, for example battery technology, invest in it directly (no private companies), but then open source the research/design. Compromise model would to continue subsidies to private companies, but require they open source their design after 3 years of market lead.

This would accomplish much faster adoption and vetting of technologies than what the current investment from government does today. Some would argue for no government investment, I used to be there myself, but the reality is government can play an effective role in these things, but the model is currently corrupt. I look to things like NASA and the internet as models that provided ROI far in excess to that of any private company investing the government has done.

The batteries are key to their future success. Once they get the batteries to last longer you'll start seeing a lot more electric cars.

I would take one of the telsa's sport cars they sell. I have seen on a show a old Datsun converted to electric and it ran in the tens lol it was so quiet it was odd. So long as I can make it fast I am in lol
H

What I can't wait for is fusion power to become a commercially viable technology. Once we have that, we can cut ties to the middle east (and other places as well) for oil, take sea water, get hydrogen from that, and then we can have fuel cell cars that only release water out the tail pipe. Yeah, a lot needs to happen for all this to become reality, but I suspect it will happen in my lifetime. That will be cool. Electric motors are cool too, because torque. It's a win-win-win as far as I'm concerned.

My Other Favorite Car, The Porsche 911
M

i drove a tesla 85p + 0-6 in 4 flat very fast and no gears one straight pull it is interesting, not 120K(as driven) interesting

After the Viper got going, it was gaining ground pretty quick but that instant torque is killer.

the tesla is amazing...it should be for the price...but an amazing achievement, nonetheless.

consider the advantages of instantaneous peak torque you get from an electric engine. the amazing 0-60 times the tesla generates are made even better by the go-now sensation of the powerplant. the launch in that car is fantastic.

next, consider the center of gravity...I've read that the CG on the tesla is among the lowest in any vehicle ever produced...on par with (may favorite) FGT. It only makes sens that the ability to put batteries wherever you want in the car allows a car-maker the ability to manipulate weight distribution to their advantage.

next, consider the coefficient of drag. without a motor up front, the front end is incredibly aerodynamically efficient.

there are a host of other 'neat' things in a tesla...and I, for one, think they're gorgeous cars. There's absolutely no denying that there are some really strong potential advantages of the electric powerplant.

re: charging, etc...for those interested, check out what a company called Better Place is doing (particularly in other parts of the world) with replaceable battery infrastructures and fast charging stations.

I think they're pretty cool. I saw another one today in downtown Sac.

Did you guys see how fast you will be able to reload the juice in these things? Swap in new batteries in half the time it takes to pump gas? Game. Changer.

Well way over here in Louisiana two times zones and most of Texas removed from Silicon Valley Tesla's are running the streets as well. The Volt on the other hand seems to be a slow seller. That’s too bad, as it is really a great car. I was able to drive one numerous times as a Chevy salesman. I know I know, I quit as quickly as I could. Anyhow, I likened the Volt to an iPhone with wheels. As DD I would love a Volt, great power, energy saving and quite, but at 40k plus for a DD has me priced out.
You must log in or register to reply here.