August 29-30th saw close to 150 Autocrossers descend on the WW II airfield concrete at the Lincoln, Nebraska Municipal Airport. This 1 foot deep cement ( needed to be thick since B-29s flew out of here ) has aged and it gives Cone Killers a degree of stiction that is seldom seen around the US. As the site of the SCCA Pro Solo and Solo Nationals every September this event draws drivers from around the Country - over 25 past National Champions were there for a little tune up prior to the 2022 Championship event. Below is a listing of those folks I know are TMO members and how they fared , along with another paragraph concerning notable placings.

I am not sure if Emery Seaton's dad has signed up here yet, but the Father and Son duo were the Giant Killers of the weekend, taking 1st and 2nd in CAMT, out running CAMS, with Emery's time just slightly behind the CAMC winner. He would have placed second in the heavily populated CAM Class. Al Hermans was just one out of the trophies but he was driving a friend of our's Trans Am as the owner wanted to see his car's true potential. Al was close, just missing the podium, but he was faster than the owner, showing the car was really quick. Meyer was in first on the first day, but the second course saw
him continuing to have some pylon pulverization and he lost the Gold by 146 thousandths! Dave Whitworth, handling his SPS Traveling Store at the site ( soloperformance .com ) and running his CAMC 2012 Mustang, saw him multi tasking to the max, yet a set of Hoosiers and some skilled cone slaloming saw him take the second trophy in C Prepared. Solid feat considering he does not have a C Prepared car at all, but he usually runs where it makes running the SPS Trailer/Store the best , as well as helping his wife and daughter. John LaRandeau late last year got a GT 350R and he has been running in CAMC , even though his car is basically stock, since there I no real competition in our area in Super Street where SCCA has placed the Rs. Solid run in a big Class with a car not set up for it but like DaveW he works his Class around since his wife also runs and they want to run in different heats. I got second place ( out of 2, ha ) in A Street Prepared , and like Al I was not in a Mustang but in my son's EVO 9, and I have to give Ryan ( my son ) as shout out because even though our Class was small out of all the participants he ran the fastest two day time of anyone with a door slammer --- every other machine ahead of him was in the Modified Classes ( Formula cars or one off radicals builds).

Final note:
I have been posting these notes for another reason, because there are plenty of TMO members in Iowa, Kansas, Missouri, South Dakota, Nebraska, etc. and this site should be on your bucket list for autocrossing. One of the competitors I chatted with over the weekend has been running the Ultimate StreetCar Challenge and he was blown away ,stating, " I have never in my life driven such a large and fast autocross anywhere, I will be back!!" With courses often running over a minute and some even close to a mile long, you owe it to yourself to checkout the calendar for the Nebraska Region of the SCCA ,since all the Regional Events are run here and we often rerun previous year's National courses. Check out nrscca.com and there is a Test n Tune even coming up the 20th, along with Regional Autocross #5 on Sunday the 21st.
Last edited: Aug 5, 2022

Congrats to all!
Proud Member of NASA Rocky Mountain and F.A.R.T

That Seaton car/drivers are fast!

Been there , done that, but regardless Big Dave, you took a CAMC car and dang near won C Prepared---- impressive. Agree the Seaton Clan are CAMT Terrors!

Good job, guys! I will second that the Lincoln site is great. I've been on a bit of a hiatus this past couple of months, but will try to get more involved later in the year. This next week at Gingerman will be the first time I've had the car out for any events since May. Sorta sad, really. 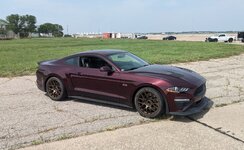 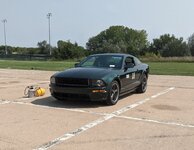 Gotta get you to just wander closer for track time, as there are Time Trials in Hastings this weekend, and another the 27-28 of the month ----- valuable seat time prior to the Sept. 15-18th " Mustang Roundup."

That Seaton car/drivers are fast! 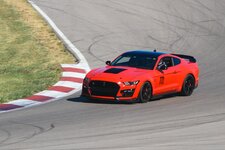 Code Orange GT500
You must log in or register to reply here.

TMO Members take the Gold and Silver at the SCCA Time Trials in Hastings, Nebraska!

For all the Canadian TMO members !!

TMO Members in the severe Flooding in Nebraska and Iowa!