It was wrenching time on the SHelby this weekend!!! It hasn't been on track since Grattan but I'm slowly preparing for the next trackday in September. My girlfriend helped out also as we put the camber plates on the front suspension (would have been a great time to fit the lowering springs, but they're currently sold out and FP can't give a delivery date so I'll do it next winter!) and the Steeda sleeve inserts on the rear subframe. It will be on jack stands tonight again as I didn't get the time to set my camber on the rear while I was under it, we were running of daylight

I've also put the windshielf visor stickers from RPI Designs yesterday, so nice to not have that ugly white sticker in my angle of vision anymore!

I have to clean the car tonight and fix a couple stone chips on the front before it gets its Xpel clear bra on Friday, after that I will be able to drive it without worrying about the paint anymore. That's going to feel good!!

I took the opportunity to have the car on jack stands and with the wheels off to take some measurements of the front splitter assembly in order to design my own "GT4" splitter this winter, along with the front canards I've already done (but not fitted). I also took some measurement to build a couple of brackets to setup a cooling duct going from the cooling opening in the front area of the wheelarch liner and attach it to the hub in order to cool my brakes properly.

I also have to modify my Steeda hood struts to make them fit the GT350 (i don't like the RedLine ones, ugly logo, looks very ricer to me, so I went with the Steeda, even though they are supposed to fit only S550 GTs and Ecoboosts...), also get a strip of rubber to fill the gap between the headlamps and the hood/fenders to reduce the amount of air getting sucked under there.
Winter will be busy with the harnesses and cage installation, as well as a couple other things on the suspensions / brakes. We'll take the Shelby to a bunch of GridLife events next year along with the Cooper S that my girlfriend will start tracking next month (we also did the suspensions, brakes, alignment and a couple other things on it before taking care of the Shelby). Busy weeks and months ahead of us, combined with busier work schedule (hence why I'm really late on giving the tshirt graphic to Rick!!!!!) and the old Barracuda to get ready for Dream Cruise. Sounds like it's time to add another car project on top of these no?? lol

Send me a message If you are still interested in a set of the lowering springs.

A bunch of photos done by my friend Morgan at Morgan Peltre Photography. He was here on holidays for a couple of weeks and does a lot of photos on the WEC circuit, and at the Nurburgring, so we took the opportunity to go and shoot the car. 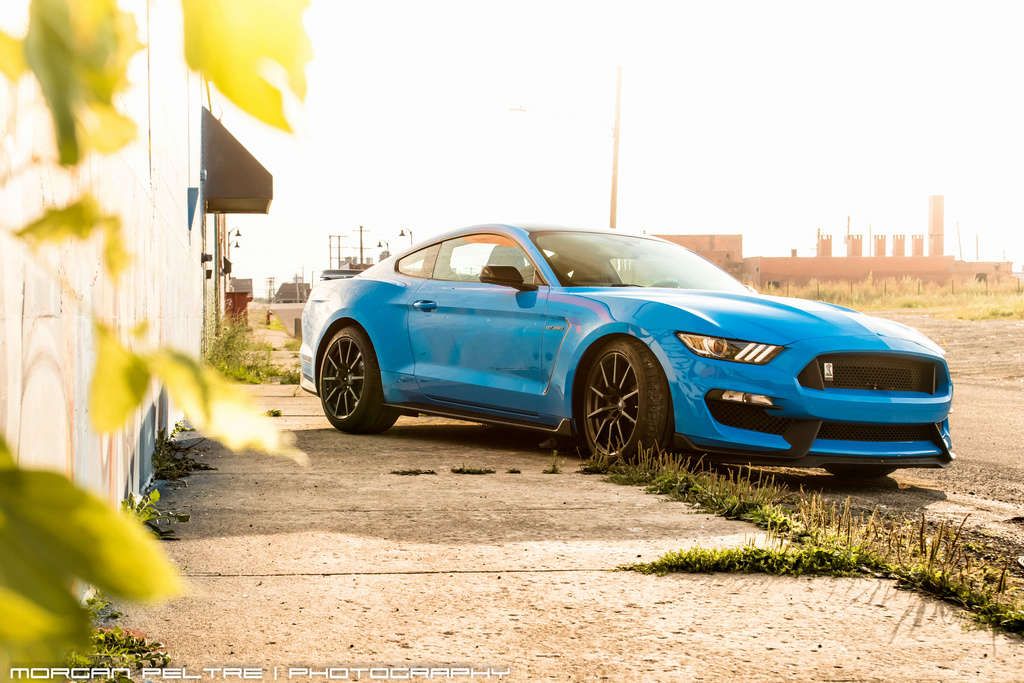 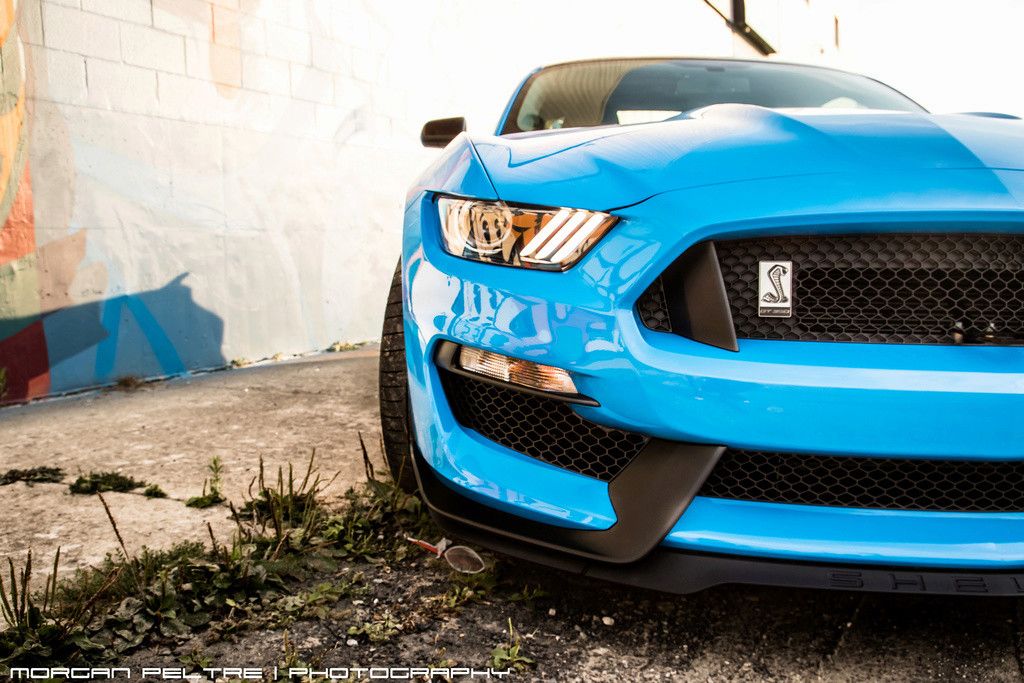 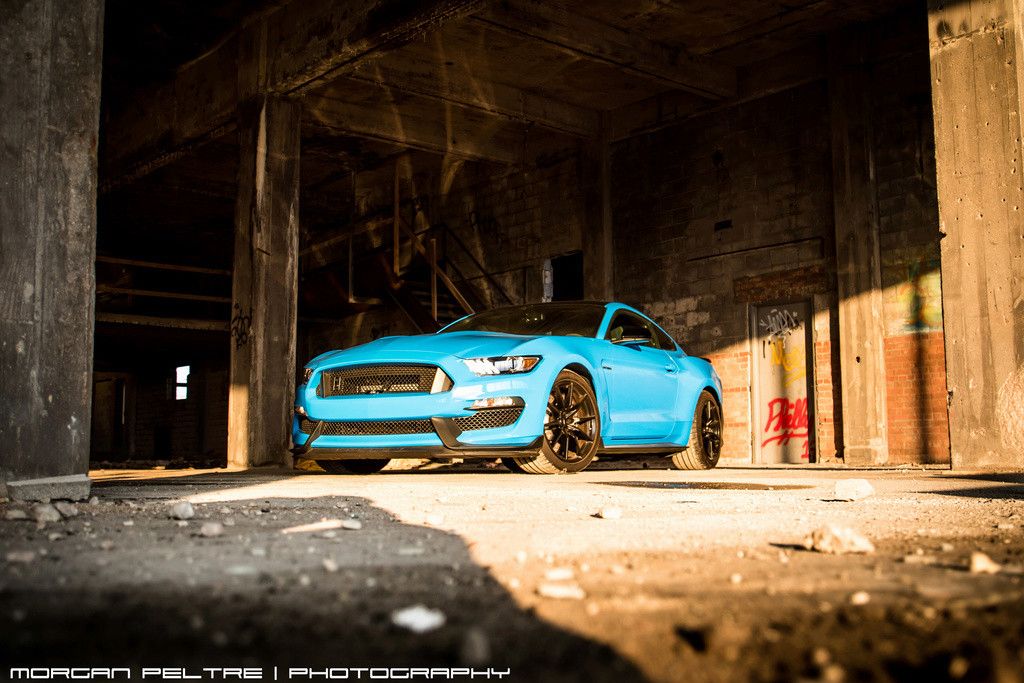 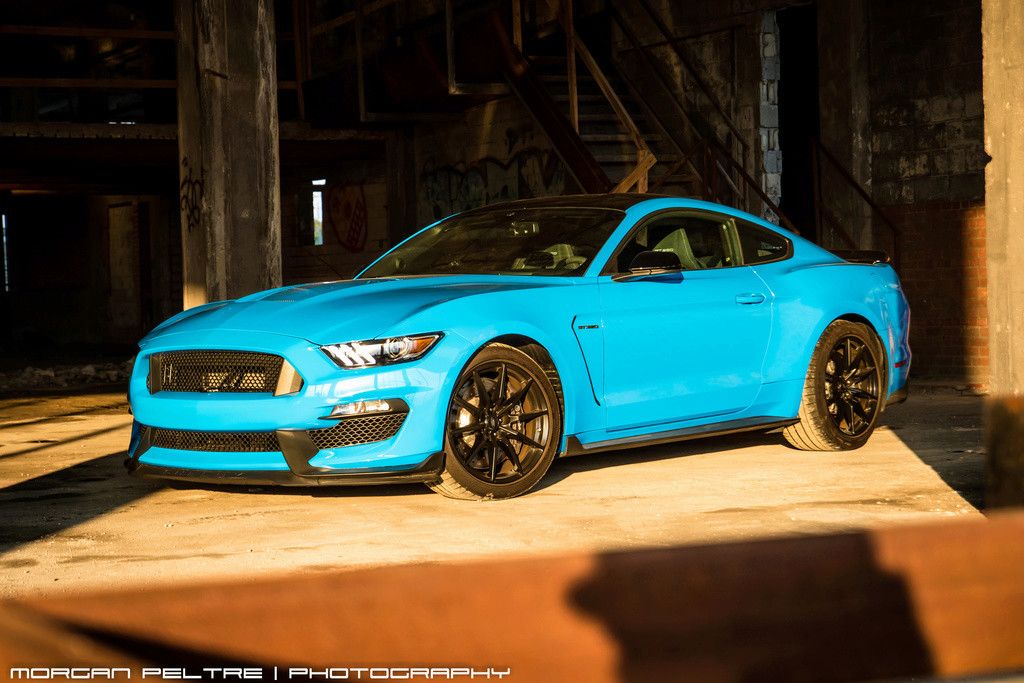 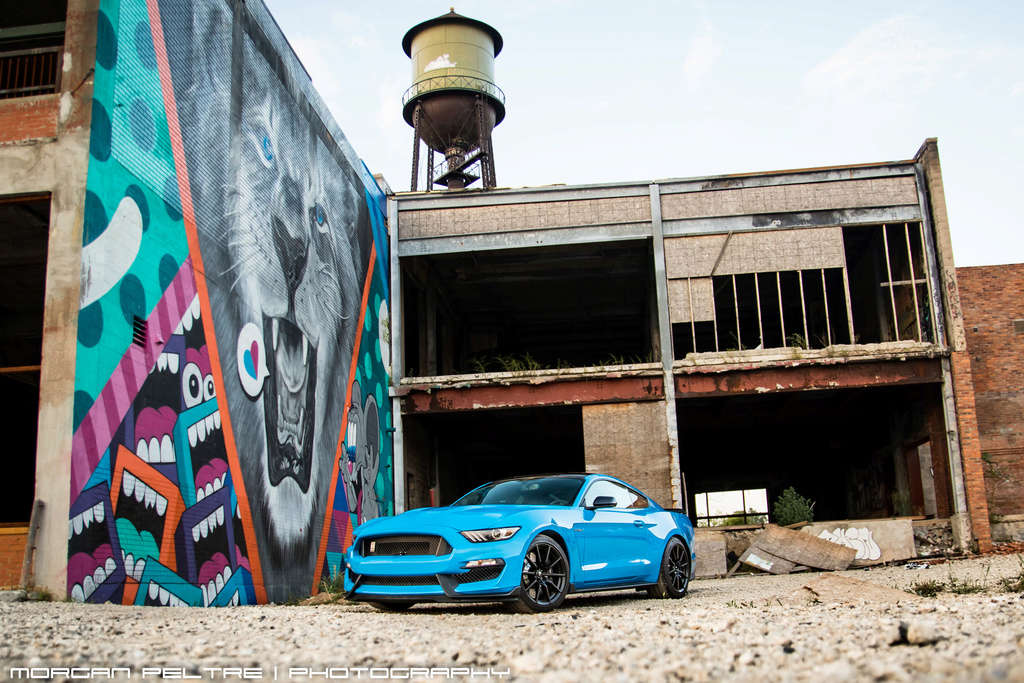 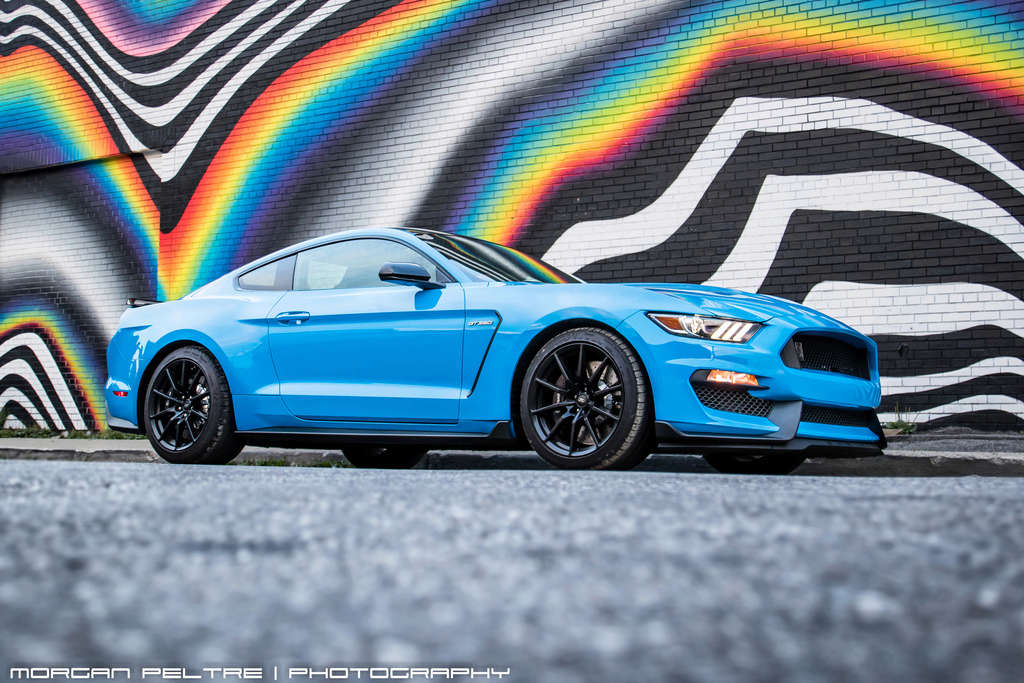 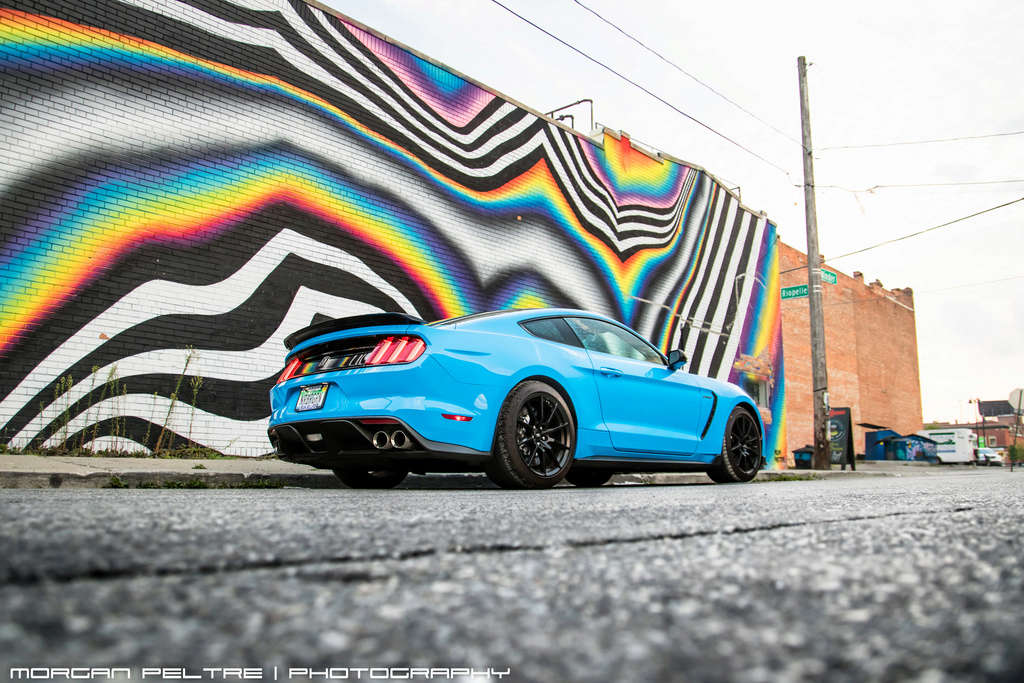 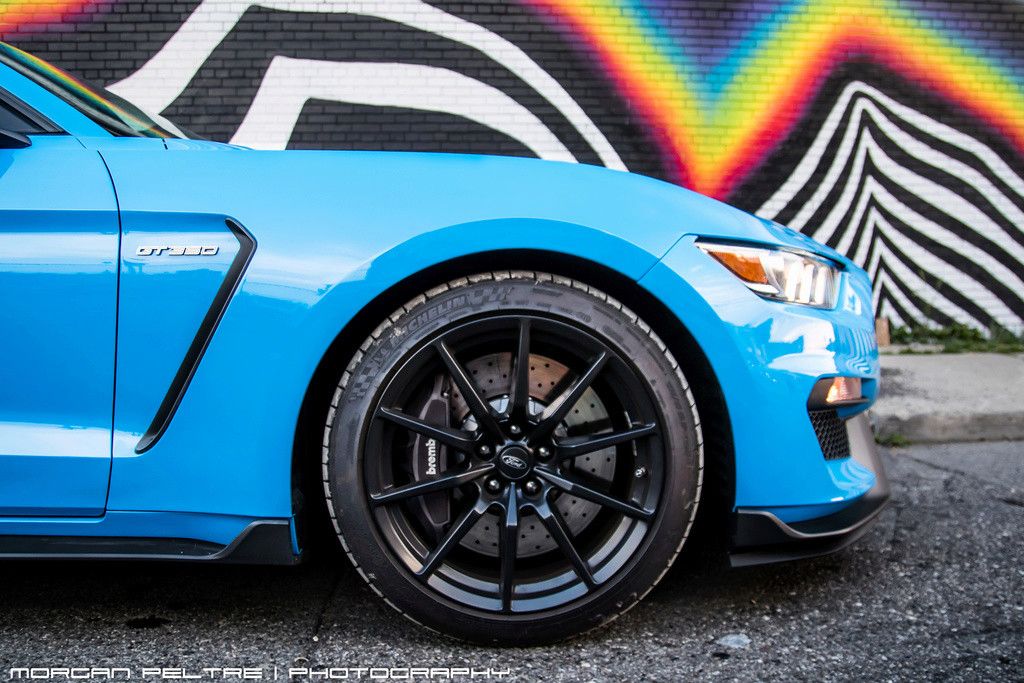 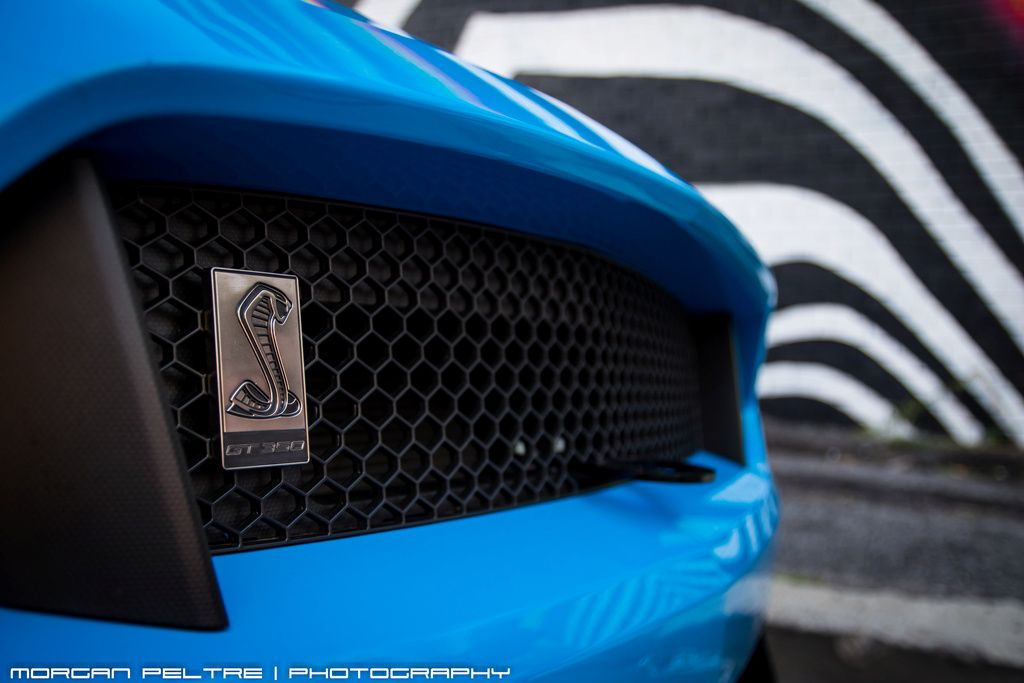 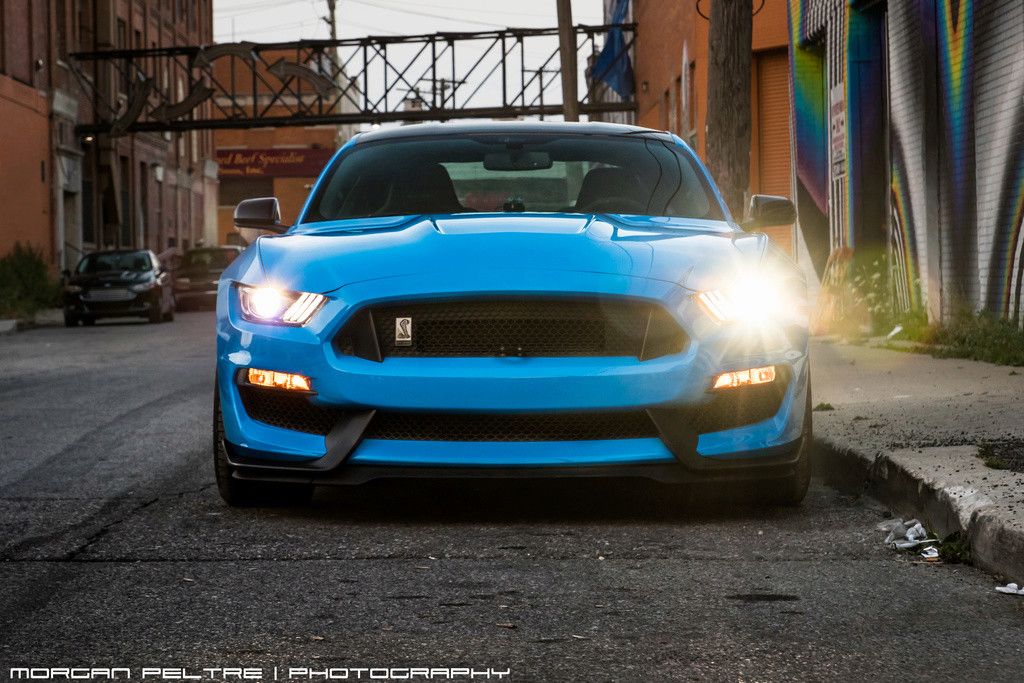 Those are some cool shots!

A bunch more photos from me this time. 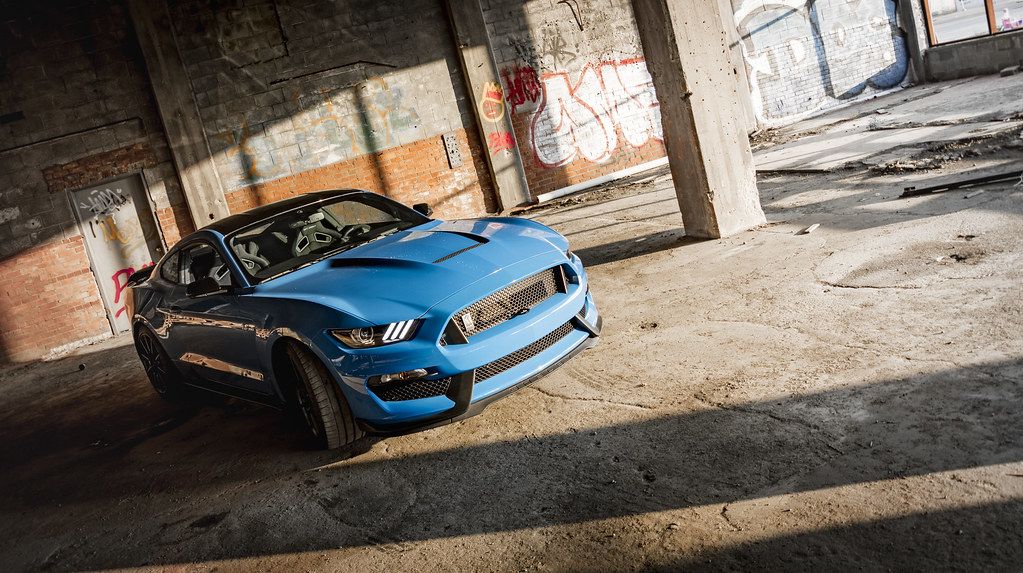 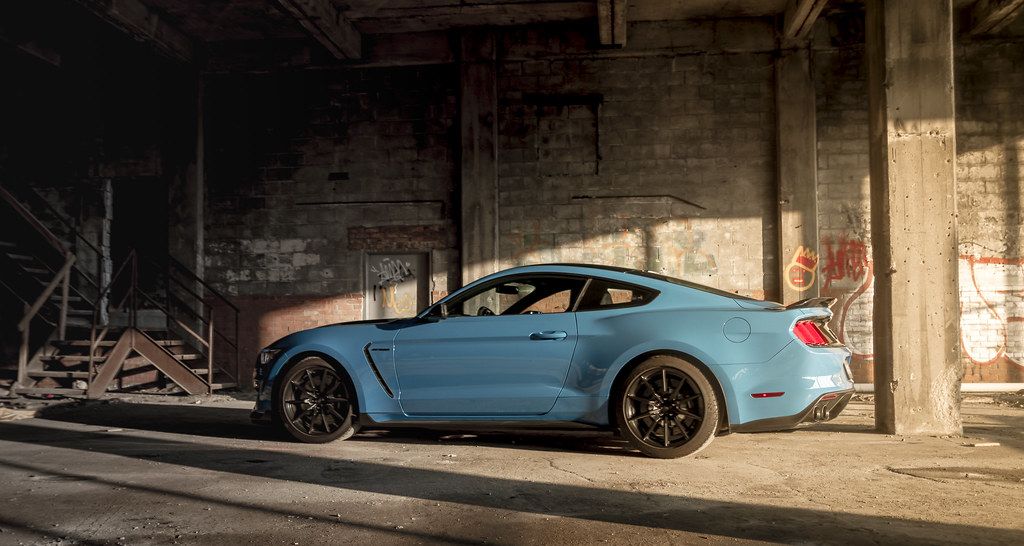 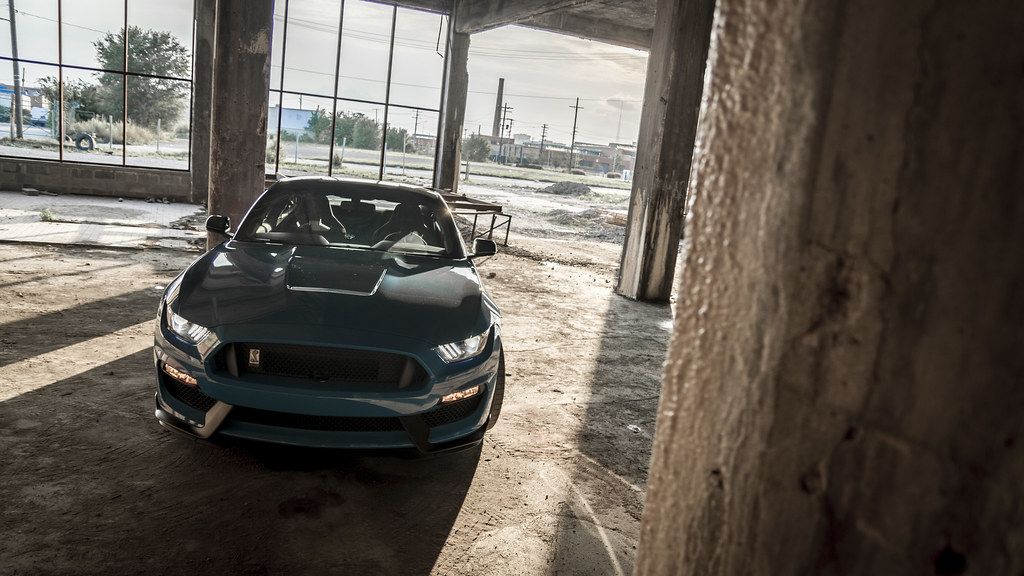 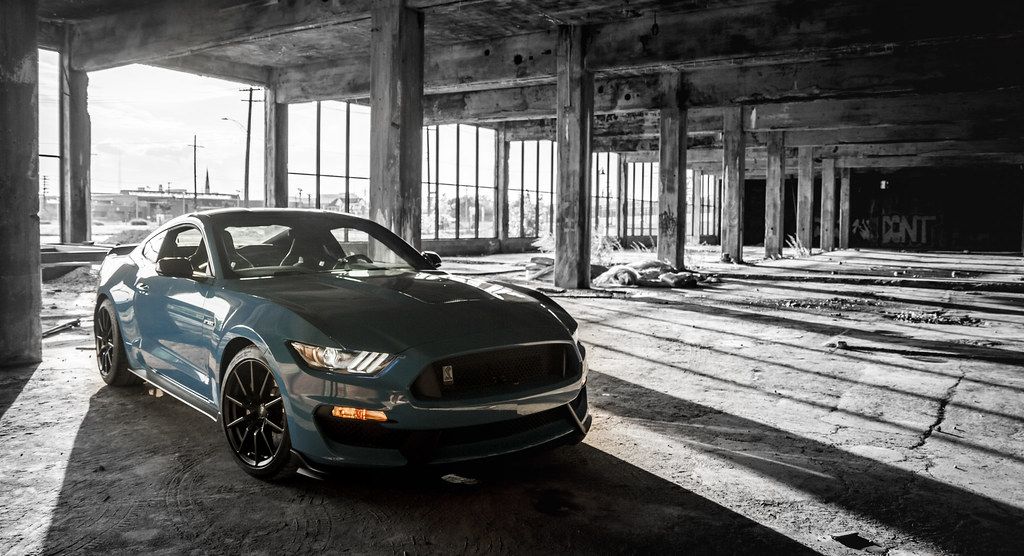 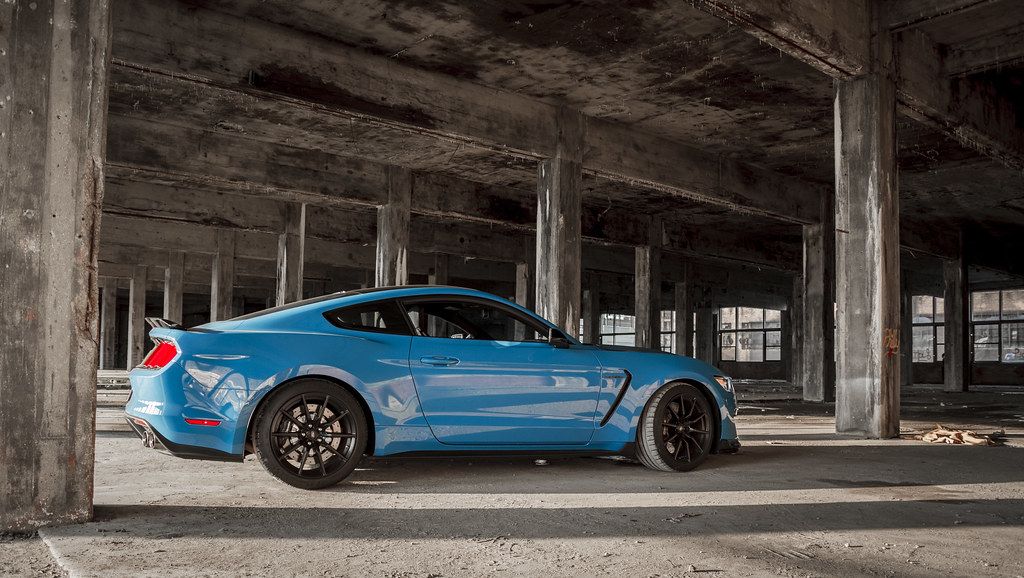 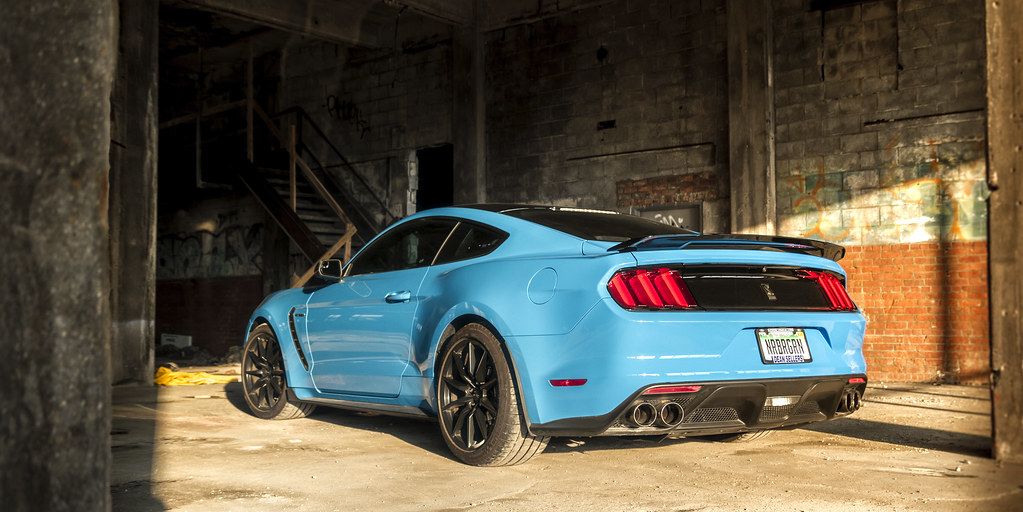 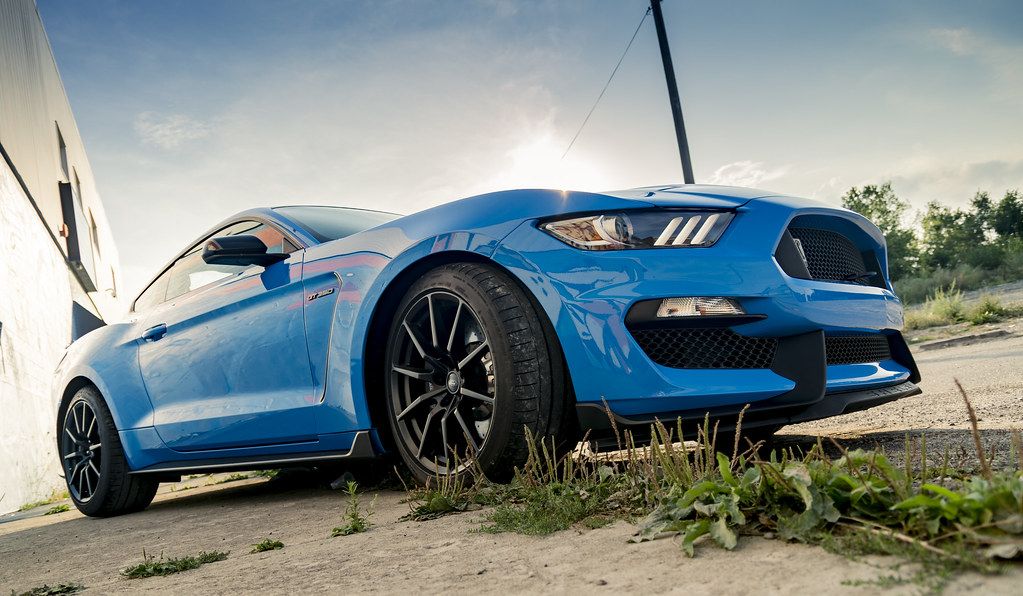 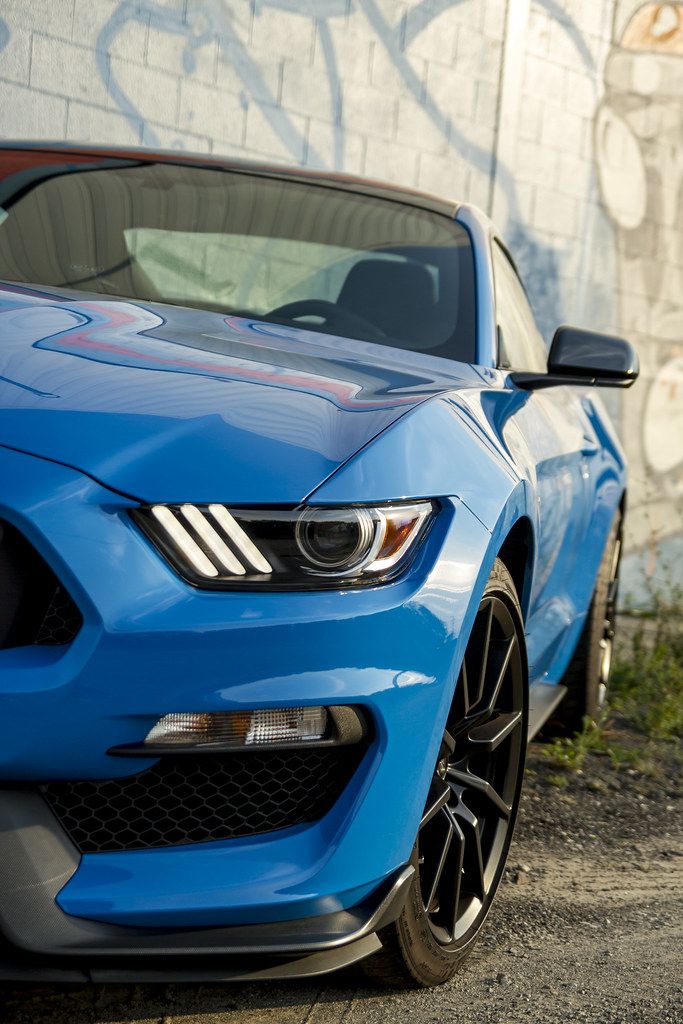 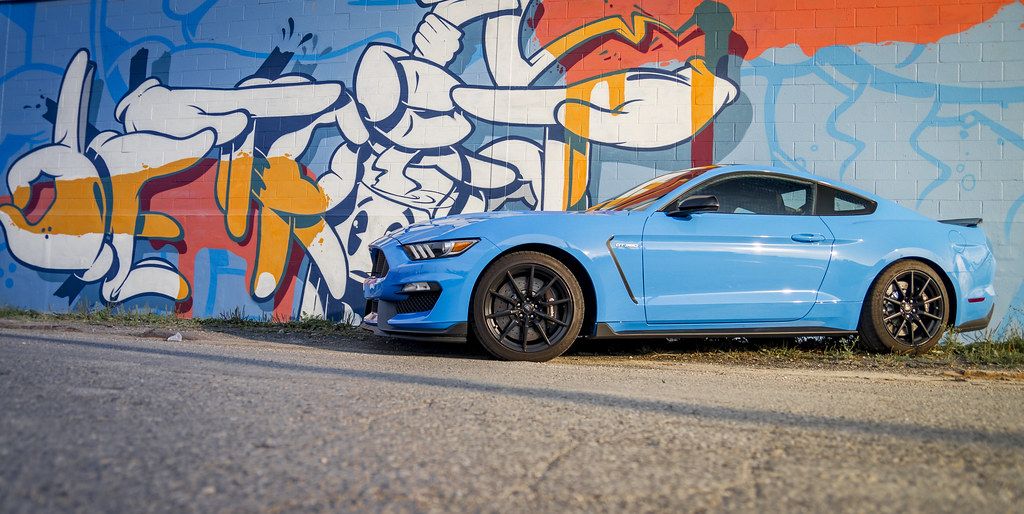 I was at the Track Attack on Monday, so I made a video during the last session of driving, and edited the laps where I was stuck behind other drivers.
It was fun, not as "in depth" as I would have wanted and not enough instructor feedback for my taste, but I can understand, it's aimed at the "average joe" who is discovering his new Shelby Mustang.

Nice vid, and I liked the Ford Performance Sound Track as you were in the starting gate. Those 5.2 SPC’s sound amazing as they takeoff down the track.

First time that I hear one from outside, it was pretty cool

I did my last trackday of the season yesterday at Grattan Raceway, testing the new Carbotech pads (which are awesome, thanks a lot @KNS Brakes !!!) and taking my friends in the passenger seat for some hot laps. I saw one of our members but got no time to chat with him (the red R with the decal 58 on the doors). Lots of big weapons yesterday on track, and I took some videos but I think my GoPro didn't record the sound

My girlfriend also did her first sessions in the Shelby on track, was fun to be passenger for once, and she did pretty good considering she's got less than 100 miles behind the wheel of that car, and little to no track experience.

Black friday coming up, I have use the credit card to get some goodies for the SHelby during the winter.

Coming from LMR, which is doing 10% off pretty much everything, I ordered and will fit before Xmas :
- Steeda jacking rails
- FRPP lowering springs
- BMR cradle bushings level 2 kit in black
- BMR diff lockout bushings kit
- a set of white sidemarker lights for the front (it's a detail and usually I don't care, but that yellow-orange glow on the OEM lights is just ugly as f...)
- a set of blacked out rear sidemarkers too

On a side note, the winter will be pretty busy as I'm developping a set of cooling ducts with hoses that would connect from the caliper to the intake in the wheel arch liner, in order to direct the cold air properly to the brake disc, instead of just throwing air into the wheel arch like it does now...
I'm also moving forward with relocating the rear diff radiator to build a proper rear diffuser, as well as a proper front splitter that would fit over both GT350 and GT350R front OEM splitters.
And finally, early 2018, the car will go to the shop to get a 6 point bolt in cage custom built that hopefully we'll later be able to offer for other customers, offering better protection than a 4 point (which in my mind is just useful to attach harnesses correctly). We're also getting in touch with NASA and SCCA authorities to see if we can get it approved for some of the amateur racing series in the US so that guys could go racing in regional championships for example without having to fully weld or get a body in white. We're looking into what it takes to get the approval stamp, and that would be an awesome bonus for the cage.

Any progress on your hood design? I’m curious what the rear diffuser will look like. Hopefully you’re going to improve cooling as I don’t think the airflow through the diff heat exchanger is sufficient. My diff runs hot.

The hood is almost ready to be built as I have mostly finished the CAD model. The last question remaining is whether I add another vent on top in the center section where the OEM hood has the small vent, with an "air duct" going from behind the radiator, over the intake manifold, to that air vent. That would take out most of the airflow from under the hood and reduce the lift issues, but I have to mock up some templates on my car to see if it's even possible with the alloted space.

I want to add NACA ducts at the front edge of the diffuser to direct a better airflow to the radiator. The issue I'm trying to solve now is how to get that airflow out at the rear to avoid it being trapped inside the rear bumper and creating drag.
Right now it looks something like that with the full aero package I'd like to have on the car in 2019 :

BTW, GB is a cool (no longer available) color...Like your style....

I agree with Grabber Blue, love it and not seen a lot around with it. I'm happy it's no longer available for 2018, makes the car really specific to 2017

Sounds simple enough....I'll gas up The Boss and be on my way when the time comes...in the mean time..enjoy your ride!
K

What company are you with? I’m in Grand Rapids MI. I think you’ll be constrained bringing a duct over the intake. The hood runs closer to the intake than on the GT, plus you have the strut bar over that.

The strut bar is actually set pretty far back so I think the intake can be in front of that and still clear the intake manifold and help get some of thet positive pressure out.

I work at Ford, design studio, in Dearborn.

yotah1 said:
The strut bar is actually set pretty far back so I think the intake can be in front of that and still clear the intake manifold and help get some of thet positive pressure out.

I work at Ford, design studio, in Dearborn.
Click to expand...

Oh very cool. Did you work on the design of this car originally? Helpful to have the CAD data available. Looking to do a composite hood instead of aluminum? I work at Sltron Automation in Hudsonville MI. We work with composites. Automotive panels, truck panels, compartments. We do bonders, and the tooling to support that process as well as drill and route machines for them. Also do more automation assembling metal seat frames. It was fun designing the robotic cell to put 200+ holes in to stingray trunk.


Sent from my iPhone using Tapatalk
You must log in or register to reply here.