Here, have some racing video since everything has been cancelled

the last pro win for the Boss 302 Platform

Some of those other weird little cars - what can you tell us about them? Not the Panoz - they look mid-engine and are not the Porsches or McLarens.

those are Ginnettas, they have 4 cam Fords in them and are rockets, so they get a big BoP penalty. the other cars are called Sinns and are some kind of kit car, they run LS3s as I recall. 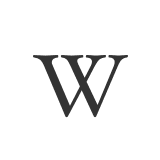 
FWIW, I found this on an oldies TV station, it was filmed at a defunct road race course...I can't remember the name, and there's lots of cool out takes of odd cars.

Perry Mason/The Case of the Injured Innocent - The TV IV

Wow very interesting, thank you! Now I will have to do a deep dive on those 2 cars.

Location
halfway between Mosport and Shannonville

I saw that race on TV live or a tape delay on the weekend it ran. Andrew just kicked their asses. It was quite a show. The other weird little mid engined car in there was a KTM X-Bow.

I seriously though of a Ginetta before I got the Boss. Nice cars..... Love the roll cage!! Top notch stuff.

the amazing thing about that race is that AJ was rowing a Tremec and using the brake pedal to hold the car on the line, the Camaro had launch control and a Sequential box along with an IRS.

well why we're having a mustang /AJ driver seminar, there's this one from Sonoma

Why thank you BS1, so much better than the tons of reruns on the Telly. Watching racing is better therapy and allows us to take a little time to improve our craft through observation.

Did the Cayman GT4 put up much of a fight in that series???

Mad Hatter said:
Did the Cayman GT4 put up much of a fight in that series???
Click to expand...

one posted quickest lap at Mid Ohio, and I think won at Mosport.

blacksheep-1 said:
one posted quickest lap at Mid Ohio, and I think won at Mosport.
Click to expand...

Dam! Have about four of those joining our series this season... If and when we have a season....

blacksheep1 what size tires are the PWC car on ? Thank you for sharing these great vids.
C

Keep in mind, CrazySombrero, that you have one distinct advantage with your Mustang , extensive seat time. I have a couple of guys running Cayman GT 4s or Cayman Cup cars in TT or the Race Group, along with some friends in the Porsche Club who run the same tracks I do and you should do fine. Frankly I think they should be outrunning me and others especially at MPH ( Motorsports Park Hastings ), but as of now I don't know anyone running as quick there or at the Heartland Motorsports Park. The advantage many of us have is just seat time, since the Porsches are quick, but we also know the Stang is no slouch. Now I am obviously second guessing as the GT4 has not been out overly long and if you have some coming into your group now, the likelihood is the cars are fairly new to all those drivers. Generalized statements , obviously, but hang in there as you have the intimidation factor too ---- bet none of them have been a Poster Child for Chilean Racing like you have, haha!!!

Bill, I wish that was true!! The Gt4 cars come from a now defunct factory series, so they are quite fast. Actually, on average, they are a second faster them me, but their series has no rules as to jumping curves or cutting corners. I guess that would mean we are pretty much on par to the way the car was in 2019. Part of the reason the series died was too many accidents.. No FIA driving rules of any kind......

Now lets hope the world does not have a meltdown mean time,

steeda5 said:
blacksheep1 what size tires are the PWC car on ? Thank you for sharing these great vids.
Click to expand...

Here are some vids from the Daytona SCCA runoffs in 2015. the first is AJ's qualifying run, the second is some in car of another competitor.
this was a great race, as the closest competitor was a couple of BMWs that were run by Fall Line, a very competitive group. I don't recall, at the time if the "7" series Hoosiers were out yet, but AJ decided to run the stickier of the two. During a practice day it was misting rain and he went out and lightly scuffed a set so we'd have them for the race if needed.
We ran them, and I think the BMW guys knew that, and they decided to run that compound as well. During the race, the BMW was pushing the Mustang pretty good, then just past halfway, the BMW blew the tires off the car, and they came apart on the front straight. I told AJ what happened and he took care of the car and the tires and brought the car home in first. In the winner's circle I was looking at the right front and it was blistered all the way around, not sure it would make too many more laps.
I have to say that was a very satisfying race, AJ's decision to scuff the tires, the pressures being right on and driver skill and preparation all came together for the win while being pressured by a good driver in a good car that was also well prepared. the fact that our tires lasted the entire race while their's did not, gave me a warm and fuzzy feeling.

Loved that last video! That E92 was stronger than I would have expected on the straights!
Absolutely killing them under breaking.

Well, Mad, old age and chicanery often can overcome youth and exuberance. So , just make sure you fly over those Chicanes!!!
You must log in or register to reply here.