Scootsmcgreggor said:
Great write up as usual. Bet the response of the engine is great with that new clutch too!
Click to expand...

You'll notice in the 2nd video, it comes on quick, and I can already feel it breaking loose and pull out of it and counter steer before it gets out of hand. It had pretty good accel with the tiny 25.4" 315/30/18's, and then going from 3.55 to 3.73, and now half the weight, it's really flying through most of the gears. Can't wait for some fresh tires to really put it down with no lingering grip concerns.
Nowhere in the rules does it state that I have to run extra ballast because my kind don't have souls.
[IG - @PaddyPrix] 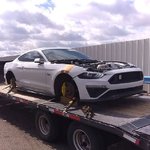 My exceptionally attractive noggin made the NASA / Subi Speed post from the last weekend's instructing. My student did his best to drift every single turn at Willow Springs, and did so with varying levels of success. I guess driving something that can explode at high rates of speed really prepares you for anything that a student can throw at you. 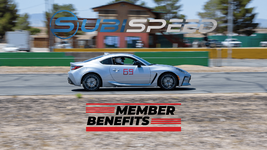 Nowhere in the rules does it state that I have to run extra ballast because my kind don't have souls.
[IG - @PaddyPrix]

I try to make my posts all big and special, but meh, they're just posts.

Since we last spoke, I've been working on me, and trying new things, like trying to defeat my track friends in an EV. 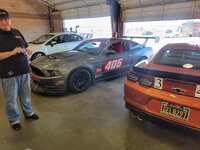 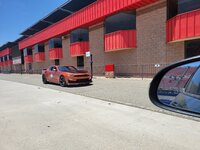 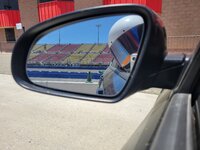 The best thing about trying new things is because it turns your known unknowns into known knowns, and now I know it was a pretty bad idea, and Hyundai will likely not be calling me about joining their factory race team as 2:14 is the best we could do... which is pretty good considering it weighs about 5000 and the speed limiter kicks in at 106. They were both just north of 1:50, but I made a vow and promise to go 30 seconds faster at my next event. 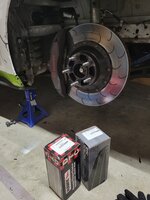 Thanks to OP Mustang, I put some big studs in my rear, and let my instagram followers decide if I should run Hawk's DTC-60 or DTC-70, and they chose DTC-70.

Packed up and headed out late Friday night, which turned out to be slightly later, because I well, ran out of gas... but man, my bad luck is still kinda good at times. I did have to wait 15 minutes for the single employee to enjoy their government mandated 15 minute break, so I shot the coldest of stares at him through the locked door while I waited to buy a few gallons of gas, not wanting to get my cards locked for multiple consecutive purchases at a gas station, the most basic fraud flag there is. 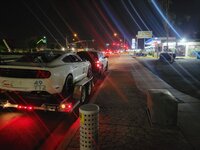 The morning would turn out to be a loss too, forgot my AIM Solo and more importantly, forgot my tablet I use for my ASL Race Capture Pro, forgot the password I used for its WiFi so I couldn't connect to it from an app on my phone. But wait, there's more! There is still another way, and to get that password, I only had to plug my laptop into it with a USB cable, but USB-A like the trapezoid ones you got back on your Razr.

I also forgot to put my transponder on, so while I was feeling okay with the 1:47 reported by Track Addict which would have had me in 3rd, I had null, which would have me at the back of the pack, once again. I seriously need to tattoo my checklist on me, right next to Sammy Jankis, whoever that is. The track was super slick and greasy, plenty of people had offs, and we all moaned about the mid 90s temps. I was once again the only entrant, so I just needed to finish a lap and session without going off. Since I was going to start from the back of the pack, I might as well wait for the herd to thin out. So while waiting, inbetween my instructing sessions, I also ended up turning some wrenches for a 944 buddy who was all sorts of screwed up in an attempt to make their race group. Usually the last session is around 3-4pm, but because of the Enduro that night, sessions were shortened, times were shuffled, so we went out middle of the day, nice.

Might as well have some fun and grab some points. 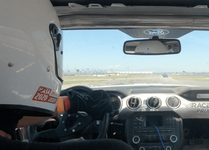 I may or may not have drifted a turn or five.

Sunday was pretty lazy too, pulled a 1:46.7 off in the heat, which if you figure most were running 2-4 seconds off their normal times, puts me on pace with what I did in March. The Mantic clutch felt amazing though, the shifts were instant and firm, and I was actually pulling some pedal out, because any heavy throttle application would roast the tires. I was trying to use the ACS as a before/after, but the temps kinda ruined it.

oops, I, did it again

This past weekend also means that once again, the Albuquerque Stripper and I are your NASA TT2 season champion for the SoCal region. 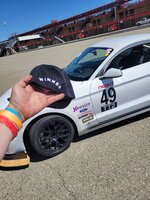 There are 6 to go, but so far in the 12 events, I've got 9 wins -- which by most would be seen as pretty good. However 7 of those wins are empty, where I was simply the only class entrant. I did end up beating a few people as long as they weren't named Alessandro or Frank, and often the overall winner as long as one of our 3-4 STU prototypes didn't go out. The SoCal region has 3-6 ST2's show up, which my performances put me on the podium for, and our TT3 is always well populated where the winner should end up getting a tire or two for their hard work. Since I'm instructing, my track fees are covered which is a big help for somebody who can't afford to hemorrhage money, and potentially getting free tires could certainly extend my racing pleasure. I could also try my hands at ST2 which might better put us into the tire territory, but it'd come at a cost of instructing and paying again, because the schedule is lined up so that the instructors generally run in time trial, and can get through impound and classroom in time to meet the HPDE1-2 students.

I don't know, but when have I ever? I'll find out this week if I'm heading to Nationals as a driver or as a vapid dolt with 2 years experience in destroying 2018+ Mustangs. 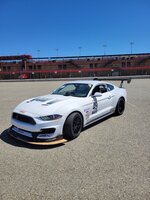 I guess I'm happy either way. Here's a picture of my car, it's pretty loud and melts r compound tires. Hopefully this isn't our last race at Auto Club Speedway, I really like that place.
Last edited: Jun 13, 2022
Nowhere in the rules does it state that I have to run extra ballast because my kind don't have souls.
[IG - @PaddyPrix]

My Dad always told me I have to finish what I started, and for equal parts me, equal parts him, here we are, 2 short years later, with the Albuquerque Stripper entered in the National Championships.

I'm one of those prepare for the worst, hope for the best types -- and seeing as I was rained and hailed on my only time there, I guess you could say I'm the favorite if we have to resort to the wet line.
Apologies about all the wood screws, 11th place, here we come.
Nowhere in the rules does it state that I have to run extra ballast because my kind don't have souls.
[IG - @PaddyPrix]

My Dad always told me I have to finish what I started, and for equal parts me, equal parts him, here we are, 2 short years later, with the Albuquerque Stripper entered in the National Championships.

I'm one of those prepare for the worst, hope for the best types -- and seeing as I was rained and hailed on my only time there, I guess you could say I'm the favorite if we have to resort to the wet line.
Apologies about all the wood screws, 11th place, here we come.
Click to expand...

Congrats on that Patrick ! Looks like a very strong competition. But I'm sure you will do your best.
Hristofor 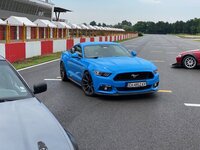 So you're saying from having you as 1st crew member now you are 1st challenger?

bnight said:
Congrats on that Patrick ! Looks like a very strong competition. But I'm sure you will do your best.
Click to expand...

Thanks, and yeah, very strong is a good way of putting it. I'm fortunate to have had a somewhat drama free season so far, biggest issue was that slipping clutch that was fixed thanks to an upgraded unit from Mantic.

Welcome back to Instagram. Sign in to check out what your friends, family & interests have been capturing & sharing around the world.

Really happy to have them on board, quality unit that really cut down on the stock silliness. I think I'm almost to the point where I'm going to eventually run out of excuses and have to accept the fact that I really don't know what I'm doing out there, and what better way to do that than in the company of another 330 or so cars.

flyhalf said:
So you're saying from having you as 1st crew member now you are 1st challenger?

Well now, what's saying I can't be both? If you'll recall back in February, I spent more time working on your than I did on mine. I think the Stripper even noticed and was like AWH HELL NAH and threw 2nd gear somewhere far, far away.

Trying the sim stuff out, having PC issues so can't get AC or iRacing to work without crashing, so took to my xbox and Forza 7, and in a 2016 GT350R, I tried my best to stay true, using my spring rates, caster/camber/toe, ride height, guesstimated DF, diff/trans gearing, and got the weight and power about as close as I could with taking the right mods which had me at 540 crank (~470rwhp?)/3650. I'm wondering if I should take the weight reduction mods to get it to the 3400 it is without my fat ass in it, not sure what the game assumes the driver to weigh, nothing about that anywhere. Spent about an hour on it last night and consistently ran low 1:37s, but plenty of mistakes, like can't come out of the corkscrew without getting the ass out, that last super hard left to the straight, and the line in 2a+2b seems an awful lot harder than it did in person. If you, Flash, and Sal have done 35-36, I've got 3 months to find 3 seconds.
Last edited: Monday at 11:37 AM
Nowhere in the rules does it state that I have to run extra ballast because my kind don't have souls.
[IG - @PaddyPrix]

The Albuquerque Stripper
Road Race
You must log in or register to reply here.